(September 9, 2021) – Before September 11, 2001, many people thought of trauma and post-traumatic stress disorder (PTSD)—if they thought of them at all—as things that happened to soldiers in faraway war zones. But after the entire nation watched the Twin Towers crumble on television, it became clear that trauma could hit much closer to home. And you didn’t need to be physically involved to feel the effects, either. 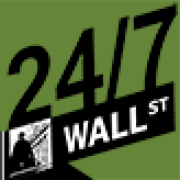 Time to Buy the Magic Stocks? Magic Mushrooms, That Is.

This May Be First Step In Curing PTSD With A Pill

WASHINGTON, DC (September 3, 2021) – A new company, with funding from the U.S. Army, may have found the secret to treating PTSD with a pill or some other direct form of medicine.

Neurovation Labs in New York is a recipient of an early-stage Small Business Innovation Research award from the U.S. Air Force to develop a reliable molecular test for PTSD and a treatment addressing that biomarker.